Workmail, Workdocs and Workspaces: AWS Moves Further Up The Stack 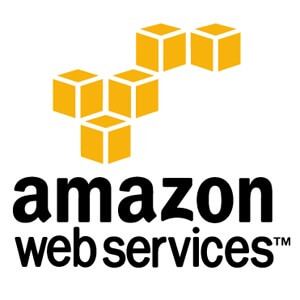 Yesterday AWS announced the preview of Workmail, an Outlook-compatible email and calendaring service priced at $4 per mailbox and scheduled to launch in 2Q 2015. When the news broke, most of the talk was AWS was becoming distracted by the success of Office 365 and embarking on an impossible bid to unseat Microsoft Office 365. But when you dig a little deeper, you see that AWS has competitive advantages to leverage relative to Microsoft that may be attractive to some.

AWS has a robust data encryption capability that will be integrated with Workmail. It allows for customers to control the encryption keys. Although Office 365 does allow for encryption in transit, it does not allow users to encrypt at rest with customer control of the encryption keys.  The AWS cloud platform also allows users to designate geographically where their data are to be stored for regulatory or other purposes.

Why are these features important? The ownership and control of encryption keys at rest is particularly important to our law firm clients who understand that cloud providers can be subpoenaed to turn over data to a third party in the course of a legal dispute. By controlling the encryption keys an AWS customer would render AWS unable to comply with such a demand. The designation of the location for the storage of data is also important to law firms for similar reasons and is a regulatory requirement in some parts of the world.

When you add Workdocs (formerly Zocalo) to the mix AWS also outshines Microsoft’s One Drive with rich collaboration and robust administrative controls and security features.  And Microsoft doesn’t yet offer a managed cloud desktop service like Amazon’s Workspaces.

So will Workmail unseat Office 365? Probably not anytime soon. We continue to see our customers ask for Office 365 in droves (even some customers on the AWS platform). But our experience is that most of our clients who prefer Microsoft’s Azure platform to AWS prefer it on the basis of their existing Microsoft relationship and the perception that Microsoft is an technology brand they trust. To most of them not up on the AWS revolution, Amazon is still viewed as an online retailer that made a successful eBook reader in order sell more books. By coming further up the stack and offering managed solutions to end users and IT pros alike, AWS may well establish themselves as an enterprise technology company in the minds of even the most stalwart Microsoft loyalists. Time will tell.